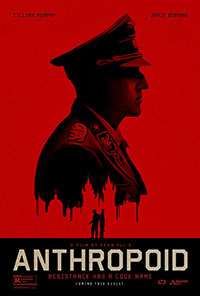 The film tells the story of the brave Czech soldiers Jozef Gabčík and Jan Kubiš, who were trained by the British and airlifted into Prague in May of 1942 to assassinate ruthless SS leader Reinhard Heydrich, AKA “The Hangman.” The story has been told on film several times before, most recently in Lewis Gilbert’s 1975 film Operation Daybreak.... Full synopsis »

'Relic' is the Chilling Horror Movie We Need