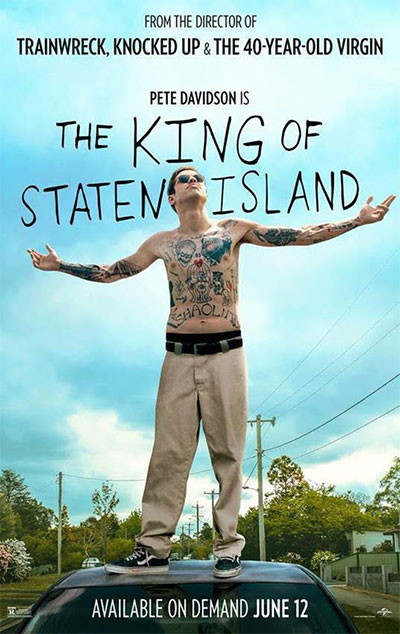 Scott (Davidson) has been a case of arrested development ever since his firefighter father died when he was... Full synopsis »

An amusing comedy-drama that falls short of, though never attempts to go for, the gut-busting laughs you’d expect from a Judd Apatow movie, The King of Staten Island is an entertaining if somewhat unmemorable showcase for Walking Lips, also known as Pete Davidson. Full movie review »
B
FilmJabber
NA
Users
YOUR RATING
A
B
C
D
F
Movie Overview Movie Synopsis Movie Review Movie Trailers

'Kajillionaire' Worth the Time, Not the Money

Controversial 'Antebellum' is Almost Great but...

The 'Dune' Trailer is Here

The 'No Time to Die' Trailer is Explosive Fury