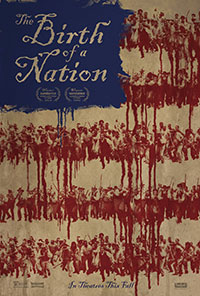 The Birth of a Nation Movie Review

What if The Birth of a Nation wasn’t the best movie of the year? The movie that has been the buzz of Hollywood ever since it debuted in January at the Sundance Film Festival (and then buzzed about for an entirely different reason come revelations about director/star Nate Parker’s rape allegations) is a very good and at times powerful depiction of slavery--and one slave in particular who decided to say fuck-you to his white overloads. But it’s not that good.

The Birth of a Nation is clearly a passion project for Parker, who cuts the story of Nat Turner down to two hours and dots it with surreal visions and beautiful camera shots and all the other things you expect to see when the director believes he’s making a work of art. And the movie is passionate, its emotion and rage pulsing at the edge of each frame until the weight of things can’t stay off screen any further. Parker races through history and character development, barely pausing to dwell more than a moment on any one scene, and while at times the film feels choppy and rough around the edges, Parker manages to craft characters that are just deep enough for us to at least understand how we got from Point A to Point B. Most importantly, he properly demonstrates how Mr. Turner transformed from passive slave to something else entirely.

Still, the movie is rough around the edges. Even with its frantic pace, the movie drags in a few places, in part because Parker doesn’t stay long enough with any of the characters but Mr. Turnerfor us to care about them one way or the other. Sure, there are a couple “evil white men” characters you can’t wait to see killed (most notably Jackie Earle Haley), but even plantation owner Samuel Turner (Armie Hammer) feels like a caricature despite his considerable screen time, a complex and interesting character who isn’t quite fleshed out enough to make him three-dimensional. And maybe that’s the point--through the eyes of Turner, white people weren’t anything more, just like slaves were to whites--but even the depiction of the other slaves offers little depth.

Again, The Birth of a Nation is about rage and frustration, not about the characters themselves. And that fury, that emotion, make up for a lot of the movie’s minor shortcomings.

For the record, I’m white, and watched the movie at a screening where approximately a third of the audience was black. Based on the amount of talking and other audible reactions throughout the film, it was clear that no matter how much I liked it, I would never appreciate or feel The Birth of a Nation the way they did.

Still, the ending was a little ho-hum for me. Once shit hits the fan, the movie certainly has a Braveheart vibe to me, and yet the insurrection starts and ends so quickly you’re left with a, “that’s it?” feeling come its conclusion. And I would have ended the movie just a couple minutes earlier, cutting out some unnecessary exposition to really hammer things home.

The Birth of a Nation is the kind of movie where I expected to walk out of the theater speechless or breathless, and instead, all I can say it’s good, it’s worth seeing, but it’s certainly not as great as the buzz suggested.

Review: Is 'The Old Guard' a Must-See?

'Relic' is the Chilling Horror Movie We Need